As we continue to move away from the firestorm of yet another recession here in Florida back in 2008 and 2010……we are headed toward what I believe is a giant economic leap forward as a state economy. It all hinges on good leaders, sound legislation, and of course a growing world economy. Read more…..

In July of 2018, the overall Florida economy hit a milestone in its GDP [Gross Domestic Product]. That measure of our economies performance reached $1 trillion dollars this year. Yes, $1 trillion.

So, just what does this mean to you and I?

1] Status. If Florida was an individual country and not part of the U.S. it would rank us as the 17th largest economy in the world……well ahead of rich countries like Switzerland, Saudi Arabia, and Western Europe. 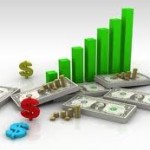 2] Jobs creation. With a great GDP, our unemployment rate stays low, with plentiful jobs, and very important growth in the small business sector. Within the last 7 years, Florida has created over 1 million new jobs. Just over the last 12 month’s 180,000 new jobs have been created, right here in Florida. 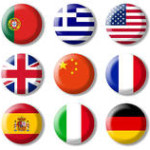 3] Tourism. Generally regarded as the search engine of growth for decades, it has continued to be a destination state for American and foreign travelers as well. While the mix has changed somewhat, the Canadians, Western European, and Asian markets have a long standing footprint in our overall tourism.

But wait, there are still serious challenges ahead. Most of our younger school children are under-achieving in the classroom, especially in reading and math skills. What does that saw about the future adults later in life? Some people are still living below the poverty level ranking here in the U.S.  Some wages are actually below the living wage base line for single people struggling with high rents and cost of living impacts.

There is still more to be done….and with good leadership, we can bring these deficiency items under control. We need to use this growth and new tax dollars to get these other issues resolved.

[Excerpts taken from the Business Today of SW Florida. August 2018]