Every 6 month’s in the city, the Cape Coral Police have the statistic’s for crime in the city analyzed by the FDLE. [Florida Dept of Law Enforcement] and the numbers were jut published. Which way are the numbers trending….read more.

Cape Coral crime are continuing on the same track over the last 3 years…..a decline. That’s bringing smiles to the cops…Cape residences…business owners…and Realtors. Why include Realtor? We are the first contact for people looking at SW Florida as a destination city, and newcomers always include thew question…”What is the crime like here?”

These decreases are significant when you consider our local population has grown to 166,000, which is about 21,000 over the population we had in 2014. Not to mention, our seasonal population adds another 35-40,000 to our permanent residents totals. 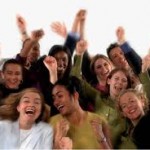 One thing that actually helps deter criminals from entering the city to commit crimes are our 450 miles of canals. These canals cut the city up allowing for very few roads and streets that allow complete east/ west & north/south driving from one side of the city to the other. In, fact in most cases if you unfamiliar with the city, you need GPS or a map to navigate thru the maze. You may see the road you want, and even your destination, but there is a canal in between.

This is all good news for Cape Coral.